Suicide is usually a difficult subject for those struggling with suicidal thoughts or know someone who is. The topic is often met with stigmas and myths that prevent people from seeking the care they need. According to the Center for Disease Control and Prevention (CDC) as reported on www.nami.org, 41,000 people die by taking their own lives. Suicide is the 10th leading cause of death in the US, and the second leading cause of death for individuals ages 10-24. The CDC projects this number will only get worse.

September is officially Suicide Prevention and Awareness Month. Though awareness and prevention should be 365 days a year, this month is specifically dedicated to spreading education and awareness about the prevention of suicide. Encouraging one another to discuss suicide in a safe and supportive environment is the first step towards prevention and intervention. Before having a conversation about suicide, it is critical that people are familiar with the myths of suicide, signs, and how to intervene when someone is struggling with suicidal thoughts.

With shows like 13 Reasons Why, and the deaths of famous celebrities such as Chester Bennington, Kurt Cobain, Robin Williams, Chris Cornell, and other individuals, there are lot of misconceptions of what occurs in the mindset of a person who is suicidal. Combating the myths of suicide is imperative to awareness and prevention; it encourages people to be watchful for signs and look beyond the myths. Some of these myths taken from www.suicidoloy.org are discussed below:

Only white males die by suicide

Though some demographic factors contribute to increasing risk for suicide, it is important to mention that suicide does not discriminate. Individuals of all genders, races, socio-economic statuses, ethnicities, and upbringings can be affected by suicide. Instead of paying attention to what a person looks like, observe what the person is saying and what they do. What a person says and does presents with more clues of suicidal ideation rather than what their social status or race is.

Suicide is an act of aggression, anger or revenge

This myth was perhaps a most common misconception played out in the show 13 Reasons Why. The truth is that many people take their own lives not because they are trying to get back at others, but because they feel they do not belong or are a burden to others.

Challenges which are not be a big deal to one person, specifically adults, may cause a great deal of anxiety and unhappiness for a teen who contemplates taking their own life. Therefore, it is helpful to keep in mind that a perceived crisis is just as concerning and telling of suicidal behavior as an actual crisis.

In fact, the opposite of this myth is true. Talking about suicide with those contemplating provides an opportunity for them to express thoughts and feelings about something they may have been keeping inside. Discussion of suicide brings it into the open and this is usually the first step for that person to get the help that they need.

Most people who attempt or die by suicide have communicated their unhappiness and intentions to at least one other person. Though these signs are not always direct, suicide usually does not occur out of the blue.

Suicide usually occurs when current stressors overwhelm the coping abilities of someone who has a mental health disorder. The signs of suicide are not always direct and often go unnoticed if people do not know what to look for. Below are signs to be watchful for:

The American Association of Suicidology developed a simple tool everyone can reference to recall the warning of signs of suicide. This tool is called “IS PATH WARM” and stands for the following

I SUSPECT SOMEONE IS THINKING OF SUCIDE OR HAS TOLD ME THEY ARE, NOW WHAT?

Always take suicidal comments very seriously. When a person shares they are thinking of suicide, assuming that the person is only doing so to seek attention is potentially disastrous and brings more harm to the individual. If someone is at high risk for suicide, immediately call 911 or the local emergency number. Additionally, be mindful of your reactions towards someone who shares their thoughts with you. This means not acting shocked as this will increase the distress the person who is suicidal is already experiencing. Though there are many tips out there to help someone struggling with suicidal ideation, the most important tip to remember is people should not handle this situation on their own. A suicidal person needs immediate care from qualified mental health professionals. Untrained individuals should NOT act as the only counselors to the individual. A person thinking of suicide should always be reminded that they are not alone in their struggles and that there is support for them. To read more about how to helpfully intervene if someone is suicidal, visit: http://www.suicide.org/how-to-help-a-suicidal-person.html. Some numbers and websites to know regarding this topic include:

If you have any questions or comments about this article you can contact the author, Kavita Adatia, at KAdatia@fsaelgin.org 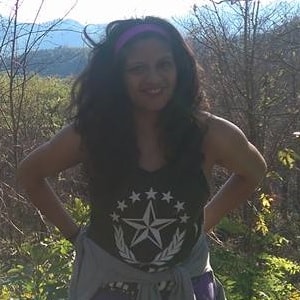 Kavita is one of the school-based counselors at Family Service Association.