Somewhere around 1975, September started to become widely recognized as Suicide Awareness and Prevention Month. Yet, despite increasing efforts around this awareness, suicide rates have shown a steady increase over the last 20 years. Since 1999, suicide rates have increased by 33%!

1999 is a significant year in my writing because it is also the year that I graduated from college and really started working in mental health. I have watched (and in a way, participated in) the decline of the mental health system over the past 20 years. As other fields of medicine advance, the mental health industry “makes do” or figures out how to be creative with ever declining resources while working to meet the increasing demand.

In 1963, President Kennedy signed into law the Community Mental Health Act. This changed the face of mental health care from institutionalization to community-based care. In 1963, our country had the foresight to recognize that community-based care is more effective and cheaper than institutional care (hospitalizations, prison, residential facilities). At this time, there were processes put in place to better fund community-based care and help people to learn to manage their illness in their homes, schools, workplaces, and communities.

Going back to 1999…. When I got out of college, we were doing things like high-fidelity Wraparound Services, Wellness Recovery Action Plans, comprehensive case management (recognizing that people often have needs in multiple areas of their life), and well-funded supported apartment living that allowed people to have independence but also readily available support. Prevention and awareness were part of our service delivery system. Today, we have but a shell of what these services were 20 years ago. The funding has been decreased to a level that providers are just working to stretch resources. What do you do when you have limited resources with a high demand? I don’t know about you, but I become reactive to the most looming crisis. Just like when you are running out of money, you pay the things that will get you in most trouble if you don’t. Our providers are reacting to, not driving the system. People can’t get access to care when they need it, so they end up in crisis. At this point, institutional care is necessary, expensive, and has very limited effectiveness in treating the core problems. People are literally entering mental health services at the highest-level of care and then working their way to community-based services.

Why has this happened? I wish I had that exact answer, but I am sure this has something to do with the stigma of mental health. Until we value mental health in the same way that we value our physical health, until we recognize that poor mental health is literally killing our children, until we reimburse our community-based providers so they can pay Master’s-level staff at higher than poverty level wages, we will continue to have a declining mental health system and continue to see people not getting help until it is a crisis. Suicide is the 10th leading cause of death overall (according to the CDC) in the US and is the 2nd leading cause of death in our teens and young adults. Let’s not only give this the attention it deserves, but also the funding it deserves. 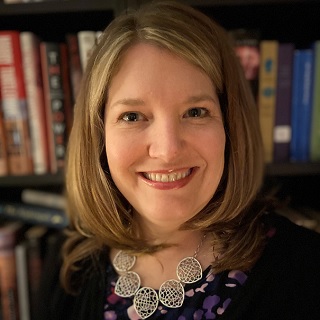 Bernadette is the Executive Director at Family Service Association.